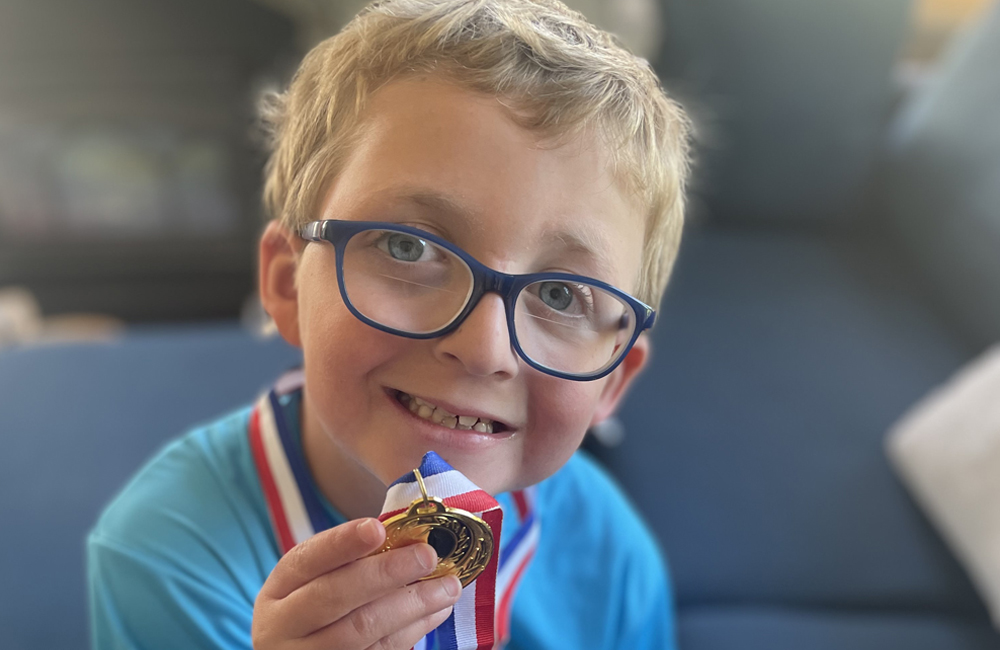 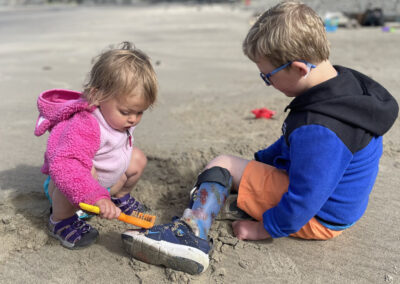 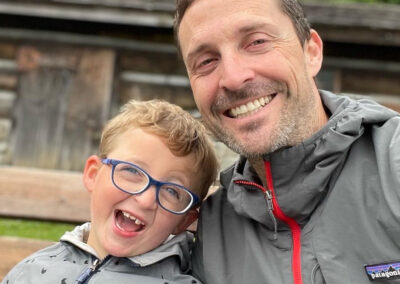 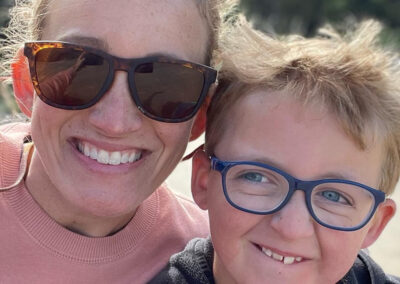 It all began with an unstable gait and a toddler that seemingly needed more attention from his parents, David and Erin Fish.  But, after an MRI, they learned that their 20-month toddler, Declan, had a baseball size tumor in his brain. The neurosurgeons believed he had it since birth and that it had slowly developed over time. There was no other option but to remove it.

Now 7 years old, Declan’s long journey began on May 30, 2017.  He underwent surgery where they successfully removed the tumor (Choroid Plexus Carcinoma).  In June, the Fish’ almost lost Declan to bacterial meningitis. He was also diagnosed with Li-Fraumeni Syndrome, cancer predisposition syndrome. In July 2017, he started 6 months of baby brain chemo. To put it into perspective, Declan has endured 13 brain surgeries, 1 ambulance trip, 2 rapid response calls, 5 months of harsh chemo, numerous infections, 6 weeks of daily anesthesia and radiation, countless blood draws, MRIs under sedation, hundreds of IVs placed, 6 failed seizure medications, and over 200 nights in the hospital. Finally, in December 2021 he had a right hemispherectomy—a disconnection of the right half of his brain.

Despite all the challenges Declan faces, he is a very sweet, empathetic, social boy that loves to give everyone elbow bumps. While he proclaimed to his friends at camp, “I really love to dance!”, Erin says his favorite activities are soccer, playing with trains and airplanes, and most recently he is interested in books.

Declan remains cancer free at this point and also has not had a seizure since the pre-op room on December 9, 2021!

We believe that hope is in the research, so appreciate your purchase of an ornament, votive and/or donation.

41 in stock (can be backordered)